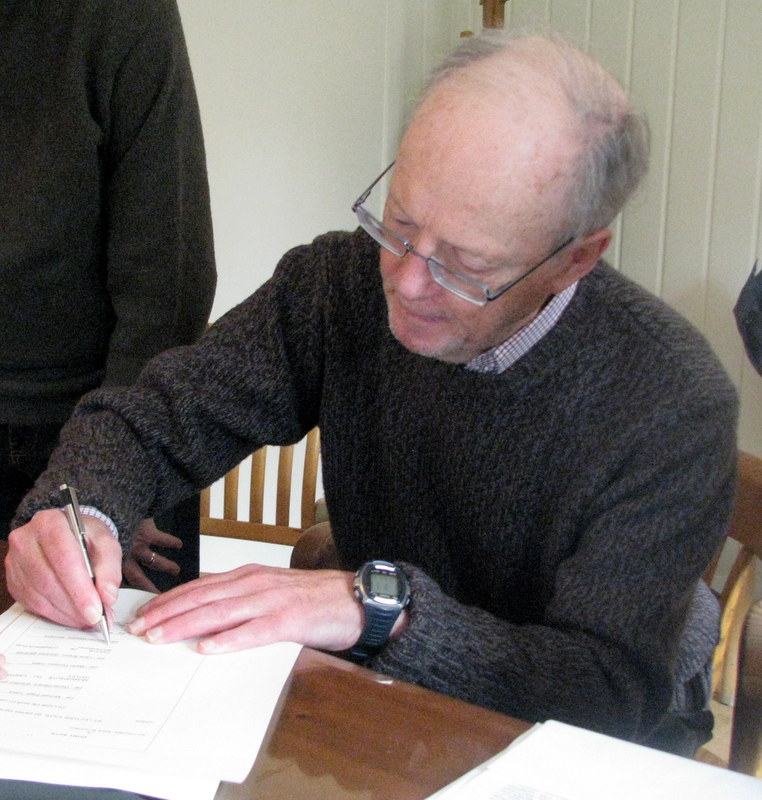 We are sad to announce the passing of one of our founding members and friend, Norman Eric Webster, journalist, philanthropist and proud Quebecer, who died on November 19, 2021, at age 80, from complications of Parkinson’s disease.

Along with Tom Wilcox and David Rittenhouse, Norman was one of the first three Trustees of the Massawippi Conservation Trust. When asked if he would take on this role, he quietly agreed without hesitation and accepted the responsibility that came with the creation of the new organisation.  Norman served the Trust from 2011 to 2018, signing land donations or servitudes for 7 properties adding up to 630 acres. Along with his wife Patterson, Norman also ceded 86 acres of his own ecologically rich forests in 2015 under servitude with the Trust in order to protect them in perpetuity.

Well respected in the community, his intelligent and unassuming voice and reputation helped to ensure the success of the fledgling conservation organisation. Norman and his wife, Pat were such a team as a couple that she was able to represent him on the Board of the Massawippi Foundation. This arrangement gave us two people who were able to work as one to forward our mission.

The family has continued to offer their generous support by naming the Massawippi Foundation as one of the beneficiaries for donations in memory of Norman Webster.

His legacy will live on through the land he has helped protect. We will miss him greatly.