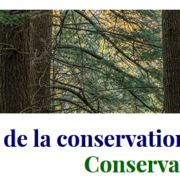 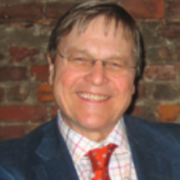 David Rittenhouse was one of the founding members and first trustees of the Massawippi Foundation and Conservation Trust. Remembered fondly by his friends and fellow founders, David is credited as being the person who sounded the alarm bell after noticing a potential serious environmental threat from development on the western slope of Lake Massawippi. A group of 20 concerned citizens gathered together to discuss the issue following which David took it upon himself to pick up the ball to research potential solutions. His efforts resulted in the formation of the Foundation and Trust in 2011. Sadly, David passed away on August 16, 2011 before seeing a single property protected. Today the Foundation and Trust protect 1200 acres of pristine forest in the Massawippi valley and have built over 12 kilometers of public trails.

DAVID RITTENHOUSE (1943-2011) Founding Director of the Dobson-Lagassé Entrepreneurship Centre at Bishop’s University, in Lennoxville, Quebec. Professor, Founding Chairman, Department of Drama, Bishop’s University, from 1966 to 1981. A creative force in the Massawippi Foundation and Conservation Trust which embraces both the community and conservation of land in the Massawippi Valley, Quebec. 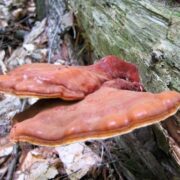 Mahicans Diamond helped us to identify this specimen seen just beside the trail.
The common name is Hemlock Varnish Shelf (Latin name: GANODERMA, tsugae). It is a very close look-alike to the Lucid Bracket  (common name) (Latin name: GANODERMA, resinaceum). They are distinguished by the dead trunks they grow on (one on deciduous trees, the other on Hemlock) as well as by the length of their foot/stem. Hemlock Varnish Shelf has a longer stem, Lucid Bracket has practically no stem.

I believe that the Lucid Bracket is commonly known as Reishi and known for it’s medicinal properties (antitumor, immune-enhancing, cholesterol reducing, longevity, etc.). It is consumed as a tea as it is very tough.

I think the Varnish Shelf is commonly mistaken as Reishi, and we have a lot of it in Eastern Townships Hemlock forests.

Enjoy our trails and nature with your eyes, the memories you will take home with you will be in your camera.  We remind you that you must stay on the trails and that you may not pick mushrooms, flowers or any other plants on Conservation Trust property.  This is a protected area and we count on you to respect it.

Enjoy our trails and nature with your eyes, the memories you will take home with you will be in your camera.  We remind you that you must stay on the trails and that you may not pick mushrooms, flowers or any other plants on Conservation Trust property.  This is a protected area and we count on you to respect it.

Warning/Danger :
Never consume a mushroom unless you are certain of its identity and edibility and are aware of any potential reactions it may cause. 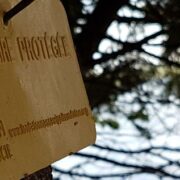 What is tagging?
In order to help identify the borders of the land under the stewardship of the Massawippi Conservation Trust, yellow tags are nailed (one inch deep only) into the trees. Each tag is placed just above eye level, visible from one tree to another along the property line.
They indicate to passersby that this is conserved land, an ecoregion which contains pristine forests and is part of the watershed for Lake Massawippi. Numerous species of wildlife depend on the cover of the forest.

Forests provide other indirect benefits. They play a key role in maintaining water quality and containing carbon dioxide, a real issue in times of climate change.

In October two volunteers from the Massawippi Board joined David Brisson, biologist  from the Appalachian Corridor association to tag two new properties. 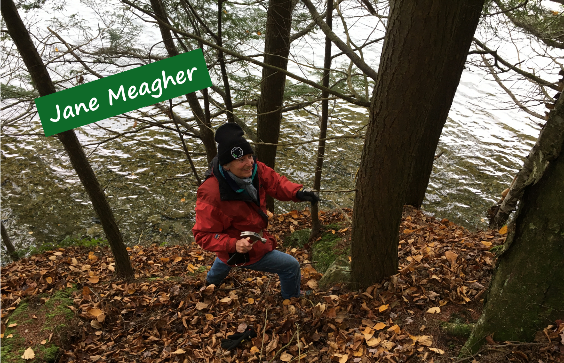 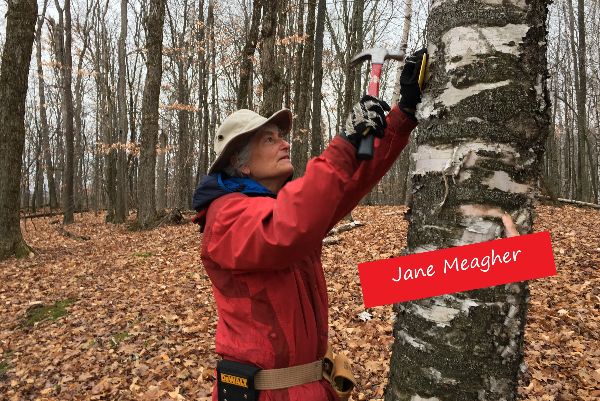 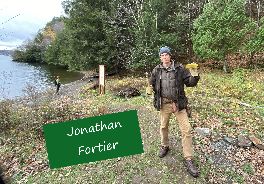 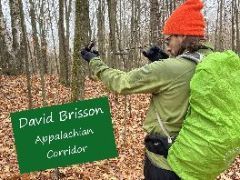 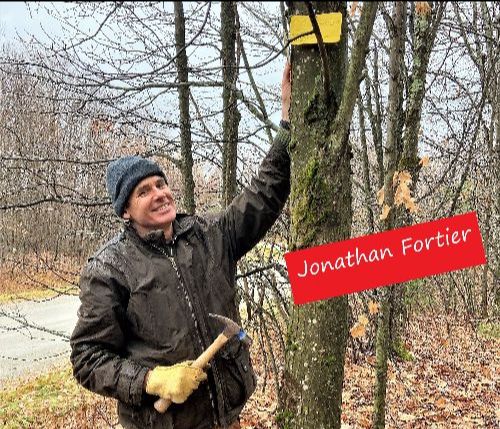 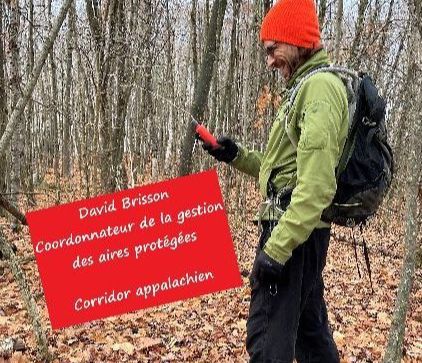